Silence of the Tides 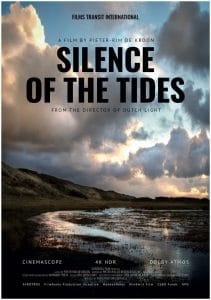 SILENCE OF THE TIDES is a feature documentary for international cinema release about the Unesco World Heritage Site, the Wadden Sea, one of the largest wetlands, tidal and coastal systems in the world.
A film about the relation between man and nature. Expected: 2020.
Directed by Pieter-Rim de Kroon & produced by Windmill Film, Amsterdam.